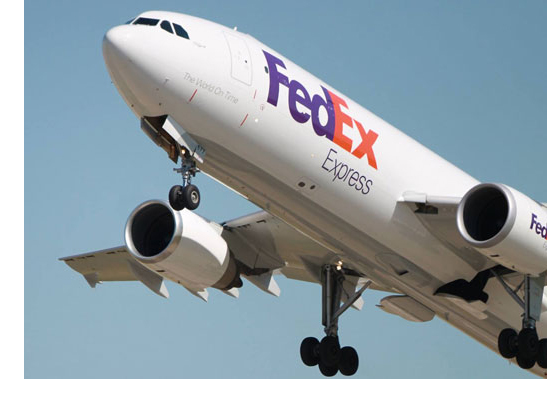 I miss the days when Eric Burdon would call in to Art Bell's "Coast to Coast AM" late night radio show. Burdon phoned in unannounced the first time and during the conversation Bell asked about his background and then he identified himself. Apparently he had called in a few times afterwards which lead to Bell inviting him on as a guest for two hours. Burdon used to talk about living in a trailer in the desert somewhere in the southwest United states these days and being ripped off in the music business. He insisted quite confidently that his close friend Jimi Hendrix had been murdered. I called Art Bell off-air a few times, usually about an hour before his live broadcast. In 1993, Bell asked me to put him in touch with someone protesting at the Waco siege the day the ATF engaged their assault. A few months later Bell asked me about the background of then vice-president Al Gore's father/family and said Burdon wanted to know if Arthur Lee was still living in Memphis...

Not only has Italy given the world neapolitan pizza and the realist painting of Caravaggio, but the advent of the discotheque allowed Italian hipster Giorgio Moroder to share the voice of Donna Summer with the musical universe. The subtle tape drag effect that opens "Dim All The Lights" is the best introduction of a pop song in the history of recorded music and Summer's sixteen second vocal segue is wonderful. Moroder perfectly mixed Paul Jackson Jr.'s flanged guitar tone underneath creating the biggest opening hook captured on tape in 1979. Paul Jackson Jr explains to jungleroom.com that "it was a Les Paul, a Rivera modified Fender Deluxe amp, and an ADA flanger" that he used to created the timbre for the guitar part that he composed himself, adding that "Donna was there, which made it more fun. There was a really good chord chart, and I made up the guitar part based on the song."

Italian smartass Niccolo Machiavelli is acknowledged for writing the widely used playbooks for jerks and weasels. After reading The Prince it is ridiculously easy to see through politicians, professional agitators, lobbyists and bureaucrats. Machiavelli was correct about everything he addressed but you can learn a lot more about how to walk through life from studying the moves of the Micheal Corleone character in the Godfather II film...

On February 20, 1981, Andy Kaufman was the guest host of ABC Television's "Friday's" late night comedy show. Without any question, it was the night for the greatest moment of true dada and surrealism in television broadcast history.

Kaufman had a strong anti-drug stance in his personal life but was placed smack dab in the middle of an early 1980's drug-type comedy routine. During the broadcast of the skit he appeared to break out of character, apparently forgetting his lines and wandering away from the other actors. In a moment of true comic genius Michael Richards walked off stage, grabbed the cue cards and slammed them on the table in front of Kaufman. Maryedith Burell appeared stunned as Kaufman threw a glass of water on Richards and started a mini-food fight with Melanie Chartoff. It was a beautiful illusion of chaos as Jack Burns ran onstage and called for the control room to go to a commercial break just as a perceived shoving match broke out.

Everyone thought it was for real. The cast, audience and everyone watching on television thought they were witness to the worst train wreck ever broadcast on the airwaves. Only Kaufman, Burns and Richards were in on the joke that could have been remembered as the most amazing choreographed stunt in television.

When they returned from the commercial break Kaufman and Burns were still going at each another with crew members restraining them. You know, one of those fake fight deals that you see in professional wrestling or on the playground between two jabronies who do not really want to fight. In an instant, you could sense the whole thing had been staged--they almost pulled it off.

Memphis newspaper columnist Bill E Burk was a trusted acquaintance of Elvis Presley (earning the nickname "007" from Vernon Presley) who often met privately with the king to plant info/stories in the Memphis Press-Scimitar. Years later, Burk championed the German heavy metal group Scorpions before their first Memphis visit in 1980 only to be snubbed for an interview at the start of their next tour in 1982. Burk retaliated by phoning a contact at the Leber-Krebs New York office with a false claim of owning "incriminating" and "homo-erotic" photos of a certain group member taken at the Hyatt Regency during their last stop in Elvis-town. Burk claimed they were "too graphic" for publication in the local newspaper and threatened to "give them to a friend at Stern magazine in Germany." Within minutes the band's publicist called to apologize followed with desperate calls from three members of the band (calling in sequence from various locations on the globe) for phone interviews. It was an eventful evening when the Scorpions played the Auditorium North Hall in Memphis (with opening act Iron Maiden) on the tour--the concert was temporarily stopped after audience members jumped the into the orchestra pit as the makeshift flooring (pieces of 1/4 inch plywood with a thirty foot drop below) began to give away! In the weeks before the Memphis Press-Scimeter closed it's doors, Burk excercised his "five finger discount" privilege and helped himself to all things Elvis that were in the newspaper's archieve--spending the rest of his life publishing the images in a fanzine and traveling the world speaking at Elvis conventions... In 1977 at Sherwood Jr High in Memphis, Tennessee there was this kid who always fell asleep in Ms. Gladys Scott's music class. On more than one occasion Ms. Scott directed the students to exit the classroom--she refused to embarrass the child by waking him in front of others. While standing in the hallway with other students, you could hear her comforting the boy as she escorted him to the assistant principal's office-- where he could finish his nap. Years later, I learned that during this time the boy's parents were in a very bitter and violent divorce (his father was a Vietnam vet who had just returned home addicted to drugs while his mother had a new boyfriend that did not want the child to live with them) and she was protecting the boy when he had no one else. It was the highlight of my life to walk into her classroom -- she made learning fun. Scott was a classicaly trained opera singer who exposed students to all music and explained music theory in a way that 12 year-olds could grasp. She was a diva who knew her stuff! I distinctly remember her dissecting Natlie Cole's song "Our Love" while methodically explaining how the background vocals were stacked and using Henry Mancini's "Moon River" and Maurice Ravel's "Ma Mere I'Oye" (also known as the "Mother Goose Suite") to illustrate how different string players worked inside of a chord. Unfortunately, there are not enough teachers like Ms. Scott (with the love of teaching and passion to mold young lives)-- many enter the field for the job security offered with government employment (and two months vacation every year) while riding the clock until they are eligible for a state or city pension.

1976's "More More More" the Andera True Connection is the greatest cowbell song ever. Better than "Don't Fear the Reaper".

What happened to Memphis radio? In the old days, Memphis always had the great radio shows. Everything in the industry became McDonaldized in the 1980's, the stations look and sound the same in every town. Rick Dees and Bob Landree were hilarious on WHBQ AM during the John Long era. Ron Jordan was perfect for the AOR audience on the old FM 1OO airwaves. I miss Oliver C. Reed from WMC AM, he was a class act on and off the air. Yes, I was the caller known as "Dave from Senatobia"- it was a semi set-up he used to spice things up when the broadcast was dull.

Why did Rick Dees seem to have it in for Elvis Presley in 1976? If the "He Ate Too Many Jelly Doughnuts" parody was not enough, he made three unsuccessful on-air attempts to crank call the King at his bedroom phone. Ginger Alden answered the hotline all three times and refused to hand the phone to Elvis while interrogating Dees ("How did you get this number? We just changed it.") on how he had become privy to the most secretly guarded phone number in Memphis. Sources claim that Alecia Kerwin set him up for the ambush (she was in the works to be the next girlfriend and Alden was to be kicked to the curb) and leaked info about Elvis's private number during visits to Dees' house on Sardis Lake. She told Mr. Disco Duck that Elvis would return from pre-dawn racquetball sessions and listen to WHBQ-AM waiting for Dees to play either Stevie Wonder's current hit song "Isn't She Lovely" or "When I Need You" from Leo Sayer before he would fall asleep.

I was waiting in the ticket line at the old Paramount movie theatre (in the Eastgate shopping center) with my father one afternoon in the spring of 1977 when Elvis pulled up and parked in the alley between the movie house and where the Shoney's use to be located. One of his entourage exited the car and entered a side door of the movie house (to rent the theatre for a private showing?) while the King and another member of the Memphis mafia signaled my father and backed their still idling vehicle beside him--they spoke for a few minutes. Afterwards, my father explained that he knew the Memphis mafia member from the Scottish Rite and was suprised that Elvis used the secret handshake. It happened so fast--but man, do I regret not walking over and saying hello to Elvis.

Much has been written about the observation of musicians exhibiting a spiritual/psychological connection with a favored instrument. There has never been a more fitting example of this type of emotional bond between a player and their favorite axe than when blues master Albert King salvaged his prized Gibson Flying V guitar from his flooded home in West Memphis, Arkansas. The instant that he was allowed to drive through the police barricade and into his house, King waded into his bedroom to rescue the guitar and immediately drove over the bridge to Pyramid Guitars in Memphis. He was soaking wet when he handed the instrument to luthier Rick Hancock (there was still a considerable amount of water leaking out of the unopened case) and asked him to "just fix it." Apparently King was so reluctant to view the guitar in a damaged condition that he did not even attempt to open the guitar case before trusting it to Hancock and refused to return until the restoration was complete! It was an honor to help rally support and encourage Edwin Hubbard's efforts during his "audition" for the conductor position at the Germantown Symphony Orchestra. Guerilla marketing via the internet was a relatively new concept in 1996 and he was ahead of the curve--one of the first musicians in town supportive of jungleroom.com. Unfortunately, the political fix was in. Hubbard would not be offered the conductor job--he knew this even before he ever picked up the wand to guest conduct for his "audition". He died of a massive heart attack during the intermission of the concert--two days later an autogrpahed photo in which he refered to me as his "high-tech savior" arrived in the mail..