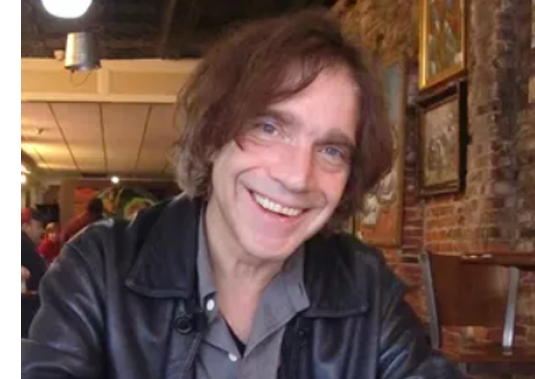 David Hull is musical veteran known for playing bass with the Joe Perry Project, Buddy Miles, Arthur Lee and Love, Ted Nugent, Joe Cocker and others. In the late 1980's he was a member of the group Farrenheit. His new solo album, Soul In Motion (OarFin Records), is a brilliant collection of guitar based songs with a few surprises thrown into the mix. While he was preparing for a string of theatre and club dates with his new band, he took time out of his schedule to share a few thoughts with jungleroom.com.

Are you happy with the way the new album turned out?

Very happy. I stepped out of my comfort zone, to work with a new producer and studio for the first time, and I am really pleased with the result.

Is it just me, or does Pay Some Attention remind you of something Al Green or Ann Peebles might have done at Willie Mitchell's studio-- with the Uptown Horns on the track--the whole vibe of the song?

Well, it's not just you. I know I will never in this lifetime sound like Al Green, but it's a lot of fun to try. The key is to write something that he and Willie Mitchell might have recorded. When I saw the direction the song was taking, I thought, why not go for it all the way? I'm a huge fan of the way those guys recorded, but we didn't try to recreate their conditions in the studio or anything. Still, it is kind of an homage to Willie and Al.

Who came up with the idea for the video? Someone said it reminds them of Buffalo Bill from Silence of the Lambs. It seems to work with the song?

My producer, Brynn Arens, is a smoker. The basement is the only room in my house where smoking's allowed, and over a period of time, he just got really comfortable down there. He bonded with my basement, and was looking around one day, at all the old instruments, amps and garden tools, and said, "I got it!" One thing led to another...

So, is it fair to say you a fan of Memphis music? Sun, Stax, Hi Records, etc.?

I'm a big Stax fan, big Hi Records fan. That period was a golden age for great R&B singers. Otis, Al Green, Marvin Gaye, it's a long list. I love the spaces in between what's played. They make it feel large, even when the instrumentation is sparse. Everything counts, everything's there for a reason, and everything serves the singer and the song. And the songs are always driven by groove.

It looks like you had fun at the Legends of Rock and Blues show? Is Harrison Whitford someone to look out for?

I'd say so. Harrison is pretty startling. He plays with the self assurance of someone a lot older, that's for sure. His phrasing's remarkable for someone his age.

I know you are putting a band together, got anybody lined up yet?

I was able to get the people I really wanted, to play in my band. Every one of them are great; Steve Hart (Outlets, Peasants) on drums, Jim Gambino (Swinging Steaks) on keys, George McCann (James Montgomery, Blues Brothers) on guitar, and my brother, Chris Hull (Loonatics) switching off on bass and guitar with me. I'm playing about 50% guitar and 50% bass.

What is the status of the Joe Perry Project?

I haven't heard anything definite, but there are rumblings about some activity soon. That will no doubt depend somewhat on Aerosmith's activities this year.

Do you think you will make in down south for some shows? It would be great to hear you at the Beale Street music festival?

I would love that. Beale St Festival would be fantastic. This summer is going to be mostly focused on New England, for my band though.

You played with Buddy Miles opening for Jimi Hendrix?got a Hendrix story you can share? What do you remember about jamming with him?

I was at a friend's house one evening.... Herbert Worthington, a photographer - he's the guy who went on to shoot the cover of "Rumours". He had a couple of young ladies there as his guests, and made a phone call to Jimi, who was a friend of his. He said, "Jimi, I've got a couple of lovely girls here, who are really dying to meet you." An hour later, a limo pulled up and out walks Jimi Hendrix. One thing led to another and before I knew it I was playing some blues with him, in my friend's living room. To be honest though, I think he was a bit more interested in the girls.

Is there a decent BBQ joint in your neighborhood you can recommend? Ever get to check out the Q when you are in Memphis?

Not knowing anything about Memphis, I walked into the first place I saw on Beale St that had live music in it. Not only was the music great, but the BBQ was unbelievable! In Plymouth, there's not that much BBQ. T-Bones is ok, but not really up to Beale Street standards. Cafe Strega is great Italian though!